Piraeus was always the most important port in Greece. It is a separate city and municipality, although many consider part of the agglomeration of Athens. It began to be the port of classical Athens and its trade, operating shipyards and flourish because of all the traffic. Today it serves the greater part of the movement of cargo and passenger ships throughout Greece, while too many cruise ships during the summer anchor in Piraeus.

The years of antiquity Piraeus was an important commercial center of Athens and that “there are many archaeological sites worth visiting. In Kastela you can see the “Cave of Paraskevas” or “Siragio”, which was probably the sanctuary of Siraga hero of virtue. Visit also the impressive church of the Holy Trinity and the remains of the ancient city. In Gouvia of Vavoula there are findings of the central portal of the ancient walls of Piraeus. At the port of Zea and the Bay of beetles are neoniskoi, ancient sheds found after excavations at Pasalimani. In the basement of the building on the street Ypsilanti, kept a part of the famous trunk of an ancient Greek architect Philo.

A walk in Piraeus suburbs will reveal many important sights. On the hill of Prophet Elias will find the open Veakio Theater, where every summer are organized many cultural events. Also, Mikrolimano Coast Dilaveri you can admire the impressive Peace and Friendship Stadium (SEF) and to participate in various sports or entertainment events such as concerts. The area at Karaiskaki Stadium has been affected by the sports history of Piraeus and the Olympic team. Finally, do not forget to visit the Archaeological Museum, the Maritime Museum and the Municipal Theatre of Piraeus, considered the city’s diamond magnificent neoclassical architecture.

Last, but perhaps very important is a walk along the shore until you reach the peninsula of Piraeus. It is an exciting experience, since you will have the opportunity to admire the small beaches, picturesque coves and beautiful location. 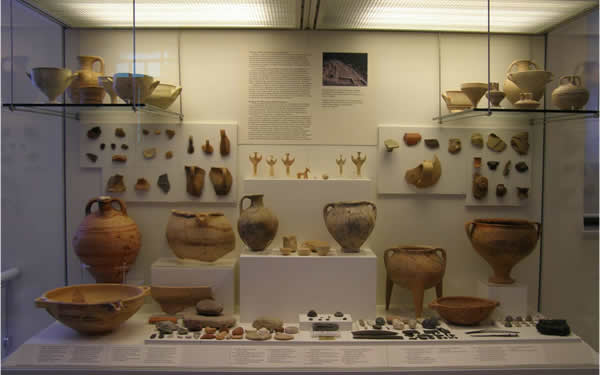 The Archaeological Museum of Piraeus is housed in a two-story building next to the Hellenistic theater of Zea. The exhibits cover a very long period, from the Minoan and Mycenaean times to the Roman period, with emphasis on the classical period of the 5th and 4th century BC .. The reports are organized in chronological period so that the visitor can easily grasp the evolution of Piraeus society during the centuries, but also the dependence and development over the years that Athens megalourgouse. Besides exhibits revealed by excavations in Piraeus, Varkiza and Muscat, there are exhibits from the Minoan sanctuary of Kythira, the Mycenaean sanctuary of Methana and exhibits from private collections, collection Meletopoulou-Nomidou and collect Geroulanou. It is open daily except Mondays and has entrance hall, 3 euros regular 2 euros reduced (January 2014).

The Maritime Museum is located in the marina of Zea in wells. Opened in 1955, although the idea was protodiatypothei in 1867, and moved to the building that is today in 1971. The purpose of the museum is the collection, preservation, storage and exhibition of objects that have to do with the Greek shipping, the development and achievements. The exhibits show the evolution from prehistory, in antiquity, the Byzantine and post-Byzantine period until the end of the 18th century, during the Balkan Wars and the Second “World War to the present day. There is extensive reference to the transition from sailing ships to steam ships, the merchant navy and also has a large collection of maps, Greek and foreign, from the 16th to the 19th century. It is open Tuesday-Saturday, entrance 4 euros, reduced 2 euros (January 2014). 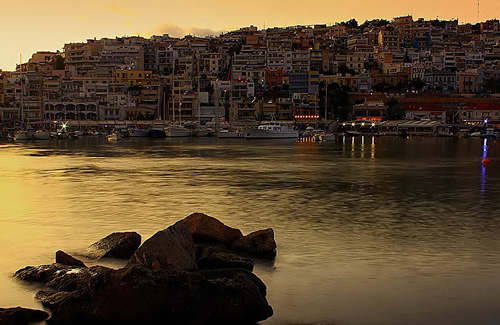 Mikrolimano, or coast Koumoundouros or lantern, this is one of the busiest areas of Piraeus and is located in the area of Kastella. The many restaurants, cafes and nightclubs have led to increased life of the region, making the point that result most visitors of Piraeus for food, coffee and drinks. The many names of the region due to the name of the region according to the historical period. Lantern called during the Byzantine period, probably due to the presence of the lighthouse at its entrance. Tourkolimano called the Revolution of 1821 and Koumoundouros port called in modern times because of the villa Koumoundouros, in place of which, after the demolition, built the Yacht Club of Greece.

The Castella is a district of Piraeus which covers the hill to Mikrolimano and was formerly a full luxurious, neo-classical mansions, some of which survive to this day. There was always an important part of the region. In ancient times, the hill of Kastella gathered Athenians and under the command of General Thrasyvoulos occupied strongholds of the tyrant Hippias and managed to oust the thirty tyrants of Athens and to the release. At the top of the hill there is a water reservoir for the water supply of the city, on the west side of the church of Prophet Elias and Veakio municipal theater, built in 1969 under Mayor Aristides Skylitsi, with a capacity of 2,000 spectators and in a form of ancient Greek theater.

The Sirangio or Tunnel is a cave located on the east side of Kastella, in a steep and rocky coast over the sea, in the current position “Votsalakia”. Believed to have been built by the first inhabitants of the region, prehistoric Minyes, Ionic origin. Inside the cave have found an altar to the god Apollo and two ancient tombs, while the walls of the cave there are mosaics, while on both sides of the entrance there are two mosaics where one represents the Scylla and the other ancient youthful in four-horse chariot. During the Roman period the use of the cave changed and probably used as baths. In modern times the cave known as “Cave of Paraskevas” because of the name of cosmic tavern that worked there, around the time of 1920, the owners of which had covered the mosaics and frescoes with wine barrel. In 1960 operated nightclub where they played the biggest names in the music scene of the time, such as Manolis Chiotis, Gregory Bithikotsis, Mary Linda and ketone Maroudas. Today the site is not configured properly, with iron railings to prevent the entry, but it is still an important and historical point of Piraeus.